With the anonymity of the Telegram application, tourists visiting Israel can now enjoy the new online trade market that is currently flourishing in the country “Telegrass” (link), even if they do not speak Hebrew. Everything is done with an automated bots system called “Weed4You” that will guide you between hundreds of merchants. All this in 7 different languages, and no, Cannabis is still not legal in Israel.

The discreet Telegram application, which offers a totally anonymous chat, a group of Israelis built an elaborate system of automatic groups and bots called Telegrass, which allow Cannabis to be purchased in every corner of the country – what has actually been happening for more than three months now.

The Israeli police have been able to arrest a very small number of merchants for some time now, but the pace of active dealers joining those groups has grown rapidly. At the moment the enforcement forces are helpless against the advantage that the Internet and technology has given to so many in the vast illegal market of Cannabis in Israel.

But now, for the first time, tourists who visit Israel and do not speak Hebrew can also enjoy this new Cannabis market – A new system of bots that has been dubbed “Weed4You”.

All you need to do is to install the Telegram application on your phone, enter the new website (Weed4you.club and more), choose the language you want (Spanish, French, English, Hebrew, Portuguese, Russian or German) and proceed from there according to the instructions, as shown in the video.

The market is conducted on the understanding that those who take most of the risk are the merchants, not the customers. The police, they understand, can not and are not interested in investing resources in the running after end-users and therefore the purchase itself does not pose too much risk except criminal record. To protect themselves, merchants ask customers to show them selfie pictures, a link to their personal Facebook page and other personally identifiable information – to ensure that those facing them are not undercover police officers.

In the not too distant future, developers are planning on adding support for Bitcoin payments – the encrypted currency – which would make it harder for authorities to charge dealers with the crime of selling weed, as no money in effect is changing hands for the material.

The price of Cannabis in Israel this days is 100 NIS ($ 28.5) per gram, which is one of the highest in the world and equivalent to gold. In fact Israel is ranked fifth in the world at Cannabis prices, right after Cyprus ($ 39.7), Japan ($ 68.4), Brunei ($ 110). Hashish in Israel is sold in different sizes and not at fixed prices, but will certainly cost slightly less than flowers.

As stated, possession and use of Cannabis without a license in Israel are illegal and are considered offenses punishable by law up to 3 years in prison. In practice someone who got caught for the first time with a quantity of less than 15 grams will be released without conviction. In recent months, government ministries have been working on a new bill which will change the punishment and replace the criminal records and arrests with fines. At the same time, payment of a fine instead of imprisonment will be possible only for those who got caught for the first or second time, and who agrees to confess to the offense of possession of dangerous drugs, which will remain under the definition of “criminal” by law.

In Israel there are an estimated one million Cannabis consumers, doing this for recreational purposes, along with nearly 30,000 licensed Cannabis patients. In a new national survey conducted by the Israeli Anti-Drug Authority (IADA), based on the United Nations annual drug survey, Israel’s Cannabis use percentage has jumped to the top of the list of countries with the highest percentage of cannabis consumers in the world. From 8.9% of Israelis who said they have smoked Cannabis in the past year on 2009, the number jumped to 27% this year. 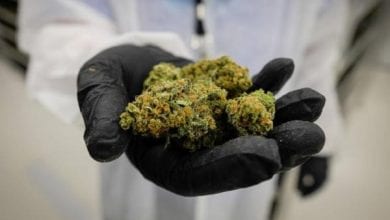 The Green Book: The Official Guide to Clinical Care in Medical Cannabis